×
An aggregate user rating, calculated based on real reviews from Pinecone Research Members. See all of the individual ratings and reviews below!

What is Pinecone Research?

Pinecone Research is a rewards platform and consumer insights panel that gives users points for participating in different market research opportunities. These include surveys and product testing. Panel members can redeem these points for cash or other kinds of merchandise.

Who Is Pinecone Research For?

If you’re someone who loves answering surveys, sharing opinions, and influencing new and existing products and services, Pinecone Research might be a side hustle worth trying out. Just make sure you have the time for it; surveys can take around 15-20 minutes to complete.

How Does Pinecone Research Work?

Pinecone Research is more exclusive than most other survey platforms. Instead of having a basic sign-up form, those interested in joining must receive an invite. This can either come from another member or from a banner ad.

You can use the "Visit Platform" button above to use our invite link.

Once on the platform, members (i.e. panelists, earners) will receive notifications of new studies via email or the Pinecone Research mobile app. These opportunities can be completed to earn points. Each survey pays at least 300 points (equivalent to $3).

Sign up for Swift Saturday Financial, a quick weekly newsletter that features platforms (and other ideas) to help you make more money and manage your money better!

Surveys On The Go 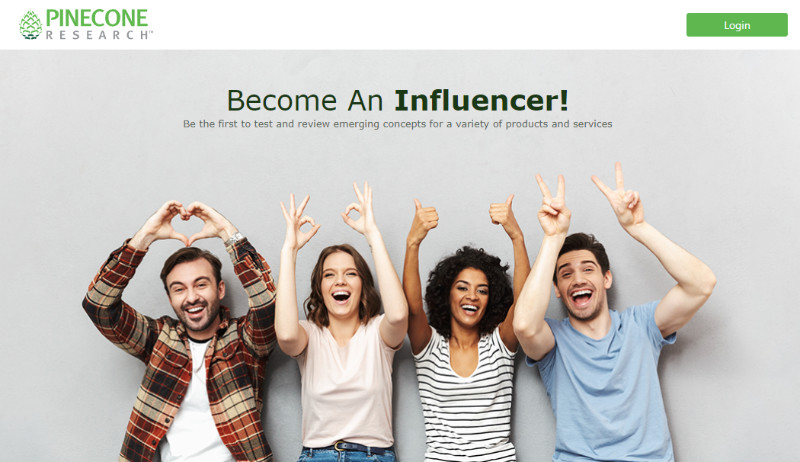 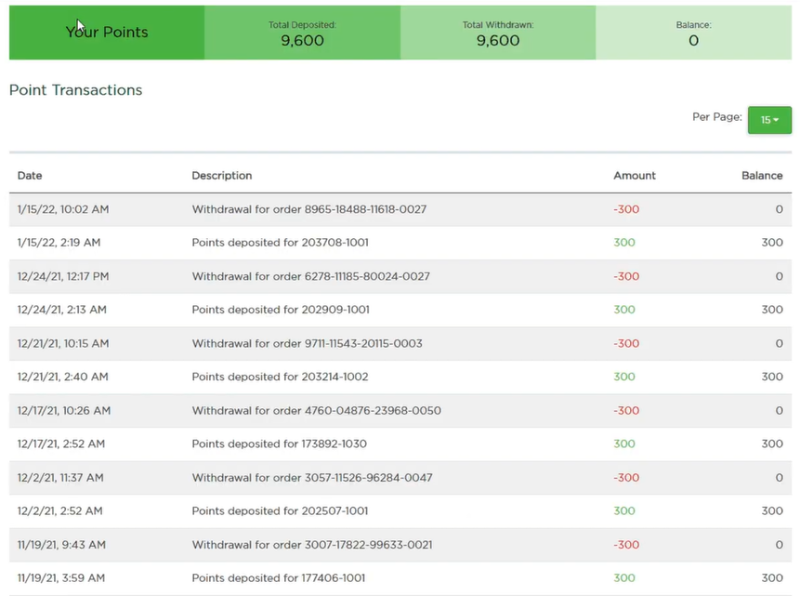 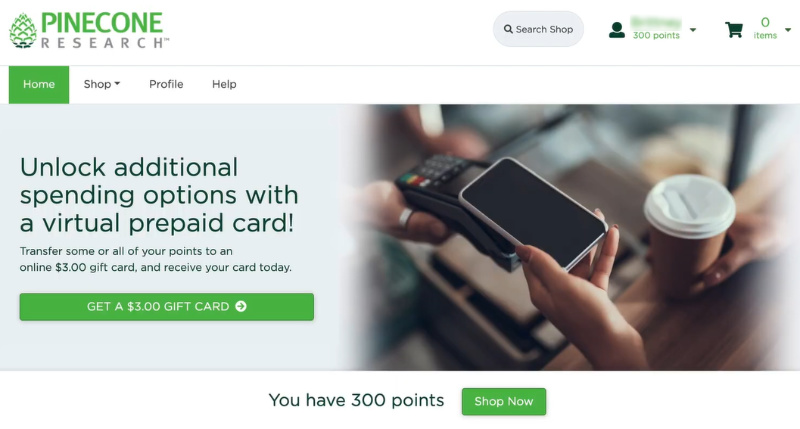 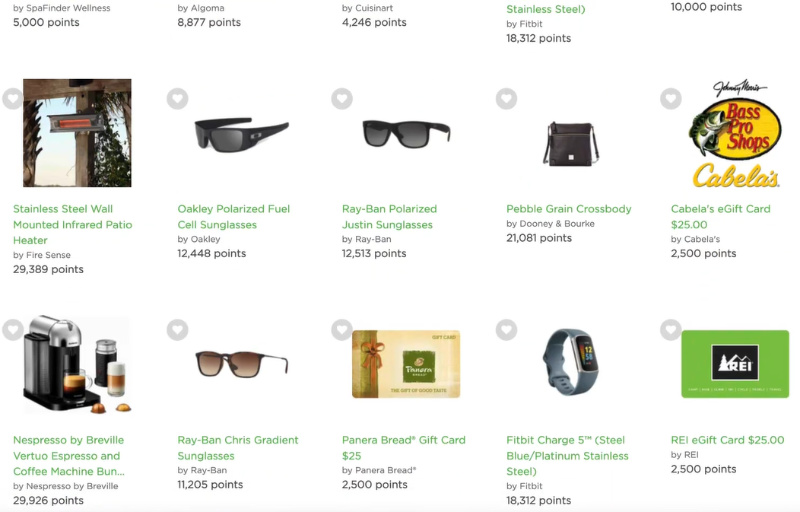 Coming soon...sign up for updates

Write Your Own Review!

Learn how to make money with paid surveys. This guide includes the best surveys sites and apps, tips to help you earn more, FAQs, and more!

GPT sites allow virtually anyone to 'get paid to' do simple tasks. But are they as good as they sound? Here's everything you need to know.

Having trouble increasing your earnings from paid surveys and GPT (Get Paid To) sites/apps? This free income tracker will help you optimize your time and earn more money.

Are paid surveys safe? Are get-paid-to sites, in general, safe? Sort of. Learn how to protect your privacy and data with these safety tips.

How to Spot Survey Scams & GPT Scams (in 10 Steps)

10 simple, quick steps is all it takes to separate survey scams and GPT scams from legitimate paid surveys and money-making opportunities.

😁100%
of Members recommend this platform

Reviews By Length of Use

Anonymous
United States
User for 3-5 years
Verified Redditor
Total Earned: $306.50
Reviewer Source
?
We invited this reviewer to leave an honest review and offered them a small incentive as a thank you.
#15135

I really like Pinecone. Fun, interesting, and pays well

In general, I really like Pinecone. It can be a bit buggy sometimes, but I would say that it's definitely worth doing. The surveys are fun and interesting, and they pay well. The opportunity to test products is also really fun, and I would recommend that to someone just for the sake of the experience itself. It's certainly not something that someone could rely on as a major source of income, but it's a nice way to make extra spending money while also doing something fun.

The surveys are usually fun, and I always find it interesting to see the new products that brands are working on. I also just really like having an opportunity to give feedback on those products.

I think it pays pretty well! The surveys are usually pretty quick, and they're always worth $3 each.

Occasionally, they send me actual products in the mail to test. I love this because I get a free product that isn't being sold in stores yet, and I make $6 from doing the surveys (one before I try the product, and one afterwards).

They offer a wide variety of gift card options. They also give users the option to choose items from a catalogue as rewards. I have never done this, but some of them actually seem to be a reasonable deal, so it's nice to have the option.

They give an option to schedule a vacation during which you will not be sent surveys. This is important, because users are not supposed to take the surveys while away from home, and missing a large number of surveys can cause you to be removed from the website.

Sometimes if your demographics are not a good fit for the survey you were initially sent, you will be given another survey instead. These surveys usually involve being shown multiple different products instead of just focusing on one.

Surveys show up kind of sporadically at times, so you can't really count on having them at any particular time. It definitely seems like I have times when I am sent many surveys during the span of about a month, but then other times when I barely receive any.

The site can be a bit buggy at times. On many occasions, I have been sent links to surveys that have not worked properly, or I had to try multiple times to get the survey to launch. A common problem that I have occurs when I'm answering the first few qualifying questions, and the website stops letting me progress to the next one. Sometimes after experiencing this issue, it will show me a message saying I am disqualified because my demographics do not fit the survey. I suspect this is an error when it happens under these circumstances, because I will usually try to reopen the same link, answer the questions exactly as I did before, and then the survey will work. While I can usually work through it after trying this a few times, I definitely feel like I've missed out on a few surveys I probably would have been able to take because of this issue.

Support can be difficult to contact at times, although, to be fair, it has been quite awhile since I have attempted to contact support for anything, and part of this is just because of website glitches. On two different occasions I had an issue where the support form on the website would not work at all, and when I tried to contact support via email, that did not work either (I got an automated message which basically said that support can only be contacted via the form).

They used to have a payment option that involved being sent a check through the mail, which I really preferred to use, and I liked it because most sites don't have options like that. They got rid of that option sometime last year, so it's been slightly less convenient for me. They also do not allow users to cash out via PayPal, which would have been the next best option for me.

You are not supposed to complete the surveys while away from home, so participating isn't always convenient.

Thankfully, this has not happened to me, but I have heard from others that they sometimes change the demographics they are looking for and will occasionally remove people from the website to reflect those new demographics.

Make sure you complete the surveys in a timely manner (I try for within 1-2 days of receiving them)! It's okay to miss some every now and then, but if you miss too many, you'll be sent a message warning you about inactivity. If it persists past that point, you risk being removed from the pool of participants. Also, always opt in for sample product testing opportunities!

If you're going to be away from home for more than a few days (or you're just going to be too busy to participate in any surveys), schedule a vacation period so you won't be missing any surveys and considered inactive.

If you are thinking about ordering items from the catalogue instead of getting a gift card or similar monetary award, check to see how much the item cost elsewhere first. Some of them are a good deal, but some aren't.

Harry Galloway
South Africa
User for 6-12 months
Total Earned: $100.00
Reviewer Source
?
We invited this reviewer to leave an honest review and offered them a small incentive as a thank you.
#15138

It's a mixed bag but the site is not good for a stable income job. Still, if you love doing surveys, then this is for you.

Fill in the profile well.

Anonymous
United States
User for 3-6 months
Verified Redditor
Total Earned: $80.00
Reviewer Source
?
We invited this reviewer to leave an honest review and offered them a small incentive as a thank you.
#15137

Lacking in tasks but still recommend it

Pinecone is an absolutely legitimate survey site that is over decade old .They have surveys and product testing opportunities. Payment is via bank or PayPal or gift cards. Won't make you rich but still recommended.

It has different earning opportunities

Its invite only so new members should be invited by their colleagues who are already members.

Use chrome because site loads faster here. Take every survey opportunity that comes your way.